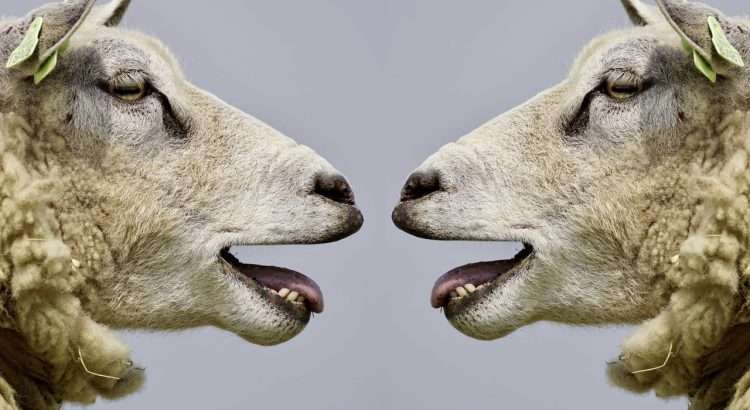 Wool and hair absorb the slime from slugs and snails and thereby repel them.

Some of the ingredients in the wool (such as salt) might also be responsible.

In field tests, I found out how sheep wool can work to control slugs.

I conducted several tests with:

To begin with, I conducted some tests to understand the effects that human hair and virgin wool have on slugs.

In a first test, I used human hair.

In a second round, I tried virgin sheep wool, and in a third test, I used the same wool after heavy rainfall.

I recorded the results in time-lapse videos.

First, you can see the test with normal, washed human hair.

I formed a semicircle with the hair and put some freshly collected snails in its middle.

Then I watched closely and filmed what happened.

As you can see in the video, slugs and snails are unaffected by the hair.

They crawl over it and hide underneath it.

Afterwards, I started a second attempt with greasy, dirty virgin sheep wool, which had been offered to me by a befriended farmer.

There were remnants of sheep droppings in the wool and the wool exuded the strong smell of sheep.

However, this time I changed the setting a little.

I put bricks on top of the wool.

Now the slugs could not crawl under and hide beneath the wool, as they did with the hair.

In addition, the bricks were a protection for the wool and prevented them from being blown away by the wind.

The following video shows the results of this test.

The experiment revealed a remarkable result:

Slugs and snails do not crawl over virgin sheep wool!

They try, but after a few attempts, all slugs and snails were repelled and turned around.

So, the wool worked much better than expected after the failed attempt with the hair.

Many slugs tried to crawl over the wool, but after their sensitive feelers/tentacles came into contact with the thin woolen hairs, they backed away.

Therefore, I hoped that the wool would also work after it had become wet and was washed by rain.

The night after the first test, heavy rain poured down.

So, the next day I conducted another test.

Before the test, it had time to dry again.

Unfortunately, after the rain, the wool was no longer convincing.

The protective effect was not completely gone, but it was reduced a lot.

It could still deter some slugs and snails, but most slugs crossed it without hesitation.

The salt or other repelling substances had probably been washed out.

Therefore, the method would be useful if the wool were protected from rain and irrigation water; for example, in a:

One big advantage of this method is that if you know a shepherd or a shepherdess, you could get plenty of virgin wool each springtime.

After heavy rainfall, you can easily replace the wool.

And there is a third option: the above-mentioned sheep wool pellets.

What are Sheep Wool Pellets?

Sheep wool pellets are made of wool rests, which are unsuitable for other uses.

The waste wool is pressed into the tiny pellets.

So, no sheep need to die for their production.

In addition to wool, the pellets contain salt, dirt, and sand.

As the pellets are compressed, they swell up after coming into contact with moisture.

If they work similarly to virgin wool, they could form barriers that are difficult for snails to overcome.

But do the pellets really work against slugs?

As in the videos above, I conducted three field tests:

After the failure of the first and second tests, I did not expect much.

But see for yourself:

Surprisingly, this test was a success.

Most slugs backed away immediately after coming into contact with the pellets.

Of course, there were also exceptions.

Some slugs moved over the pellets easily, and one slug even tried to hide underneath the pellets.

Anyway, the pellets worked much better than any of the other mulch materials I tested; for example, coffee grounds or eggshells.

This is why I can recommend their use in the garden. 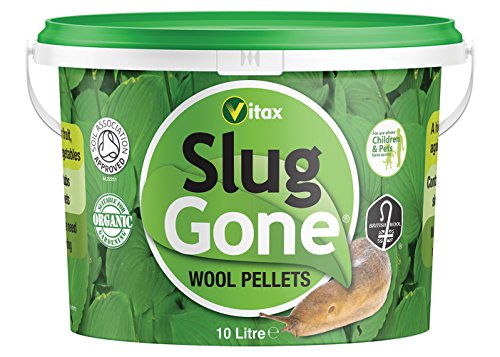 How to Use Sheep Wool Slug Pellets

A barrier made of wool pellets should be at least 4 inches (10 cm) wide and also a few inches (centimeters) thick.

As seen in the video, some slugs only turn around after moving over the pellets for a while.

Also, bridges and gaps could quickly form if the barrier is too narrow. 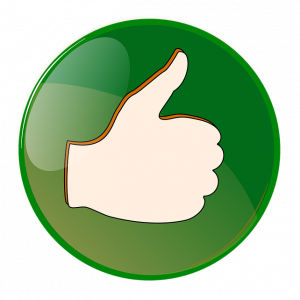 The application of virgin wool and wool pellets is effortless.

In comparison with other mulch materials, one positive aspect is that the wool pellets will remain effective after rain – at least for a while.

One pleasant side effect of this method is that the wool serves as a long-term, slow-release fertilizer.

Similar to bone meal, the wool decomposes very slowly and releases nitrogen into the ground.

In addition, it contributes to the soil’s looseness and its capacity to hold water.

Virgin wool, as well as wool pellets, contain sheep droppings, which are directly available to the plants as fertilizer.

Furthermore, the wool will serve as a protection against dehydration and as a sort of mulch/weed barrier.

Sheep’s wool may provide useful anti-slug mulching for a while but turn into a home for slugs after being washed by rain for some time.

Therefore, the mulch needs to be checked regularly.

Pellets and virgin wool have to be reapplied after rainy periods.

Another disadvantage is that pellets, as well as fresh wool, release a smell of sheep. Virgin wool works wonderfully until it is washed by rain or irrigation water.

It is a good solution for protecting sheltered locations.

In regular garden beds, the wool needs to be replaced from time to time.

So, I recommend using wool as slug control.

One positive side effect is that it also serves as an organic fertilizer and weed barrier.

The price of sheep’s wool pellets tends to fluctuate a lot.

One product goes by the name ‘Slug Gone’.

The price depends on the amount you buy.

It varies from 3 to 12 dollars/pounds/euros per liter.

Other products are intended primarily as a slow-release fertilizer for organic farming or gardening.

But they should serve to deter slugs too.

I wish you good luck and a rich harvest!

To control slugs, you do not need to rely purely on sheep’s wool.

There are many things you can do to protect your plants. 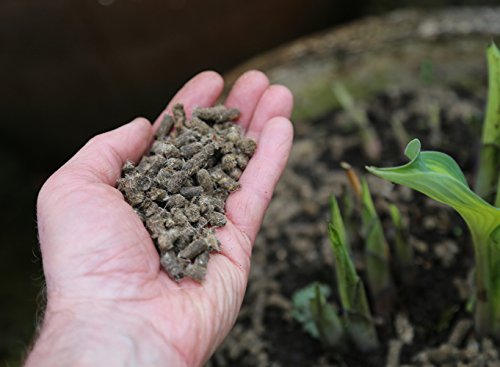 Self Made Electric Slug Fence

Runner Ducks Against Slugs and Snails