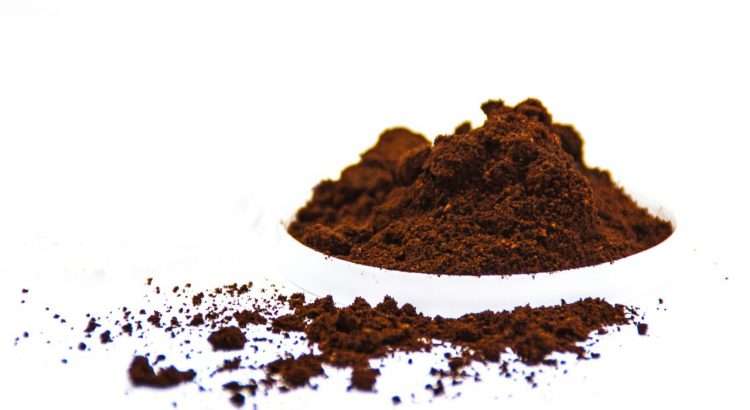 Using coffee grounds against snails in the garden is a much-discussed method.

Now coffee has to show what it can really do against slugs and snails.

Does Coffee Help with Slugs and Snails?

At the same time, there are reports that state the opposite.

Caffeine in large doses is said to be toxic to slugs and in smaller doses it can slow them down.

It has also been noted that the mere smell of coffee deters slugs and snails.

In addition, others state that ingredients in the coffee grounds stimulate their mucus production.

This would deter them from crawling over.

Coffee Grounds in the Garden

Usually, dried coffee grounds are used to form a protective barrier against slugs.

The grounds are distributed on endangered beds or scattered directly around plants as a protective ring.

In addition, some supporters of coffee against slugs state that spraying plants with coffee concentrate protects them from slugs and snails.

It was time for me to look into it and perform my own tests.

So, I dried a lot of coffee grounds, then I spread them in a wide semicircle and placed about 20 different slugs and snails in its center.

What happened next is shown in the following time-lapse recording.

The video shows that some snails, despite the dust-dry coffee, crawl over it with ease.

Some are reluctant, but others make it across the coffee with no hesitation.

You can see that some slugs back away immediately or turn around after coming into contact with the coffee.

However, it is not evident that the smell alone deters the snails.

The claim that caffeine makes the slugs ‘sluggish’ seems also not to be true.

However, some tiny slugs did slow down a bit, probably because the coffee grounds were super dry and not because of the coffee itself. Other, larger, slugs did not slow down at all.

So, the experiment shows that coffee grounds are by no means a universal remedy.

Although they work slightly as a repellent, coffee grounds are not effective enough to protect vulnerable plants.

Most of the slugs in this experiment were very young and small.

It cannot be expected that this sort of protective wall will be an obstacle for them once they are fully grown.

Some people believe that caffeine is the repelling ingredient.

Since there is less caffeine in coffee grounds than in coffee powder, I decided to give coffee a second chance.

In the following video, you can see the effect of coffee powder on slugs and snails.

Unfortunately, this test also showed that coffee does not work well as a repellent.

This time it was even more obvious. The experiments show that coffee grounds and powder have little effect on some slugs and snails.

Clearly, they are not enough to protect their favorite foods.

Especially in a large garden with a lot of slugs and snails, it will not be sufficient to put out a daily portion of coffee to repel them.

That would be just too good to be true.

In addition, I expect that rain annihilates any repellent effect, which is the most significant shortcoming of this method.

However, using coffee does no harm to the garden; on the contrary, it feeds earthworms, and plants like the minerals contained in the coffee.

In any case, it makes sense to distribute the coffee grounds in the garden, instead of disposing of them on the compost or in the trash.

If you have experience with using coffee as a deterrent, I would be very grateful for your comments.

Especially if you have evidence for or against its effectiveness.

Hollingsworth et al. 2002: Caffeine as a repellent for slugs and snails. – Link

How to Attract Natural Enemies of Slugs

Self Made Electric Slug Fence

Runner Ducks Against Slugs and Snails

8 thoughts to “Coffee Grounds Against Slugs and Snails: Do They Really Work?”